The first conversation between Pat Klette and Melissa Weston was about becoming co-authors of a book.

It was the spring of 2017, and Klette had been approached by a technical book publisher to write a math book with electrical applications.

“One criteria to getting the book written was I needed to co-author with math instructor at a community college,” Klette said. “A lot of my students talked about what a good teacher Dr. Weston was, so I approached her with the idea.” 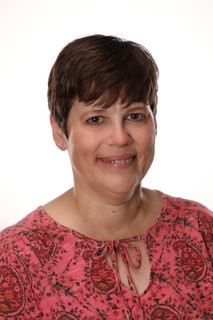 “Pat provided examples of how math was used to solve a problem dealing with electrical concepts and I wrote the text to present the instruction of the math concepts,” Weston said. At the time she was a math professor at Kankakee Community College, where Klette also works as coordinator of the Electrical Engineering Technology program.

“Together we developed exercises to be included at the end of each chapter to provide students the opportunity to practice the math concepts in practical scenarios. It was truly a collaborative effort,” Weston said. Their goals included providing context for the information and “immediate relevancy for the learner,” Weston said. “As a math teacher, this is truly exciting!”

Two years into the collaboration, Weston departed KCC. She is now an assistant professor at Johnson County Community College in Kansas. 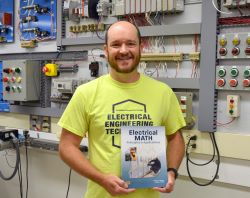 “Melissa is a great partner,” Klette said. “We took the approach that if it couldn’t be applied in the field, it wasn’t going in the book.

“This book is for people who are maybe preparing to get into the electrical union, or who are attending college to get a degree in any electrical or electrical technology field,” Klette continued. “We want them be more comfortable with the math that is going to be required by them out in the field and we want them to understand how math is incorporated in almost every aspect in the electrical field.”

The book includes 288 illustrations, plus QR codes that link to online resources related to the content, including quizzes, flash cards, tutorials, worksheets videos and animations.

The publisher is American Technical Publishers, Inc. of Orland Park, which specializes in trade-related textbooks.

“Fundamental math concepts through advanced math concepts are taught and then reinforced using electrical applications with numbered math steps,” said Bill Hendricks, technical editor with ATP. “I think most people want to take courses that will teach them something they can apply on their current or future job. ‘Electrical Math Principles and Applications’ will help them learn how electrical technicians use math concepts every day on the job.”

Klette has another published book, “Fluid Power Systems,” (2010), also through ATP. A second edition came out in 2014.

Weston previously contributed to three books by writing chapters or serving as editor. Those books are “21st Century Education: A Reference Handbook,” (2008); “Future Curricular Trends in School Algebra and Geometry,” (2010); and “Approaches to Studying the Enacted Mathematics Curriculum” (2012).