Jerald Hoekstra of St. Anne is receiving the 30-year Trustee Award from the ICCTA during its annual convention June 4 in Bloomington.

“Thirty years ago I was asked by Fey Orr if I would consider taking his place on the KCC Board of Trustees when he retired,” said Hoekstra. “I felt both humbled and challenged.  My time on the board has been very fulfilling.  KCC has been blessed with many great board members who worked together for the success of the college.  I am just happy that I could be part of it!”

Two KCC faculty members and an alumnus also are among nominees for statewide ICCTA awards. The recipients will be announced at the awards banquet and awards ceremony. 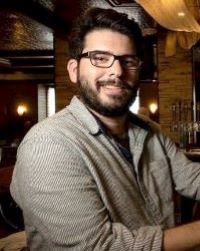 Joshua Riley is being nominated for the ICCTA Outstanding Part-Time Faculty Award. Riley teaches English courses in the Liberal Arts and Sciences Division and is the lead tutor for student-athletes.

Walter “Chip” Hasselbring is being nominated for the ICCTA Distinguished Alumnus Award. A 1976 KCC graduate, Hasselbring has gone on to a long career with Iroquois Federal and IF Bankcorp, where he currently serves as president, chief executive officer and director. Hasselbring also serves on several community boards and foundations, including The KCC Foundation board of directors.

Additional ICCTA award nominees from KCC are in a separate release, also with the title ICCTA awards and nominees.