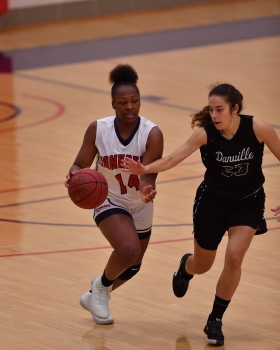 The NJCAA has announced that fall and winter sports will be held, but on delayed schedules.

This change means athletes at Kankakee Community College will compete in 2021.

“We’ve begun the process to make adjustments to scheduling,” said KCC athletic director Todd Post. “This is an unprecedented time for KCC and the world. We will continue to follow NJCAA, state and local requirements while preparing our athletes academically and for the coming sports seasons.

“We’ll get through this. We’ll make adjustments and still have the same expectations to be competitive on the court, on the field and in the classroom.”
Each KCC sport will have practices in Fall 2020 and before seasons get underway in 2021. For Spring 2021, the start of those seasons are not affected, but “minor adjustments” were made to the number of games and the ends of the seasons, according to the NJCAA.

Post said coaches are working now to make schedules. The college will have schedules available later in the fall, probably in October, Post said.

The NJCAA also released dates when team practices are allowed, the number of games/matches per season, and when seasons will end. Tentative dates and locations of national tournaments have also been released, but are subject to change based on facility availability, according to the NJCAA.

KCC posts information on its athletic teams, including schedules, online at athletics.kcc.edu.

Pictured: Cavaliers forward Brandi Hudson, named Region IV Most Valuable Player following the 2019-20 season, will be back for the 2021 season.

Softball
Season begins: March 2021 (no change)
Maximum of 30 dates, can include double-headers
Championships begin May 27, 2021