11th from KCC to be honored 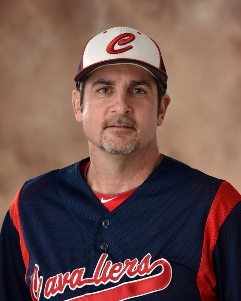 Todd Post, Kankakee Community College’s head baseball coach and athletic director, has been inducted into the NJCAA Region IV Hall of Fame.
Post started his college coaching career in 1993 as assistant coach for KCC’s baseball team. In seven years while he was the assistant, the program won three sectional and region championships.

Post was selected as the Cavaliers baseball head coach in 2001. His teams have won 16 Sectional Championships, two Region Championships, and have been to the national tournament two times. 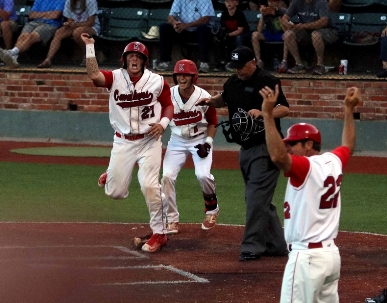 At the NJCAA Division II National Tournament, under Coach Post, the Cavaliers placed third in 2009 and earned the national championship in 2017.
Post’s coaching record at KCC is 791-356, a winning percentage of .684.

In his 19 years as coach, more than 150 players have moved on to four year colleges and 12 players have signed professional contracts.

Since 2008 his teams have averaged at least 43 wins per season out of a 56 game schedule.

Post is a 1987 graduate of Danville Area Community College. He also was a pitcher for KCC in 1988 before transferring to Benedictine University in Lisle where he was a two-year First Team NICC All-Conference pitcher. He was Athlete of the Year at Benedictine in 1990, and graduated the same year with a bachelor’s degree in physical education.

Post resides in rural Kankakee with his wife, Julianne. Their son, Dylan, is a junior at Illinois State University. Their daughter, Jordan, is a registered nurse at Riverside Medical Center in Kankakee.

In all, there are 11 representatives from KCC in the NJCAA Region IV Hall of Fame. Induction dates are in parenthesis: