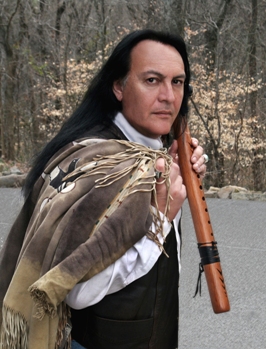 Music from the Native American culture will be performed by Bill Miller, award-winning flute player on Monday, Nov. 18 from noon - 1 p.m. in the College Center at KCC.

This event is free and open to the community.

He also was a featured performer at the Rock and Roll Hall of Fame Tribute to Johnny Cash in 2016.

Miller is a Mohican Indian from northern Wisconsin, where he grew up amid the streams and woodlands of the reservation.

For more information about the KCC event, contact Laura Gardner, at lgardner@kcc.edu or phone 815-802-8513.

KCC is located south of downtown Kankakee near River Road, off U.S. 45-52, or take Interstate 57 to Exit 308 and follow the signs. Directions are at www.kcc.edu/directions.