Many KCC students and graduates live "The Power of Community." Here's one example from Jenny Dinelli, KCC Class of 2002: 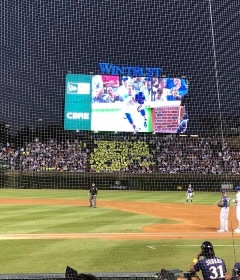 She founded a fundraising event a few years ago after one of her kindergarten students passed away from brain cancer in 2015. His death inspired her to create an event called "Light up Left for Cancer Awareness."

Every summer, a group of 120-450 individuals wear neon cancer awareness shirts to visually "light up" left field at a baseball stadium. They also raise funds for childhood cancer research. 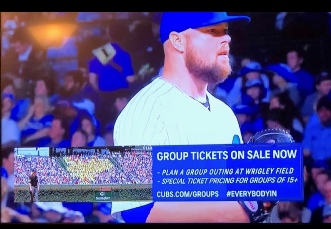 "In 3 years, we have raised over $17,000!" Dinelli said. "The Chicago Cubs have used a photo of us all season long to advertise for their group sales office, which was very exciting!"

After KCC, Dinelli transferred to Marian University, Indianapolis, and earned a bachelor's degree in elementary and special education (2005); and also completed a master's degree in speech-language pathology (2008) from Illinois State University.

She is a speech/language pathologist for Reed-Custer Elementary School In Braidwood.