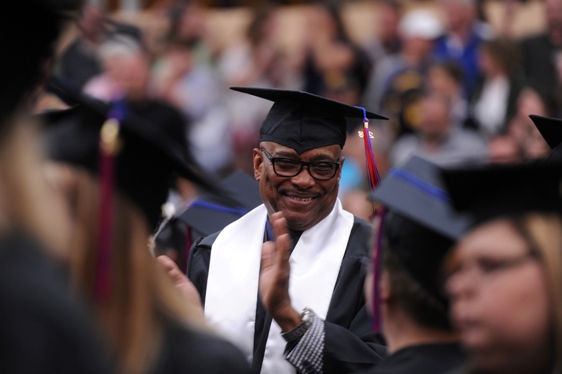 Dating back to the 1950s, the bakery lines on South Kedzie Avenue in Chicago hummed along and produced millions of Oreo cookies. Workers for this Nabisco site, like Timothy Boone, worked at the south side location for a long time, too.

Then, in 2016, the production of Oreos in Chicago ended. Boone and hundreds of other employees were let go. Boone holds no hard feelings.

“I love Mondelēz,” he said of the global parent company of Nabisco, which ran the bakery. “We received a nice separation package.” They even gave him a watch.

Boone grew up in Gary, Ind. He earned an associate degree in electrical technology from Indiana State University and embarked on a career as an industrial electrical technician. He worked for a steel company in Indiana and did field service on oil rigs in southern states including Texas, Oklahoma and Louisiana. When the oil business went dry in the early 1980s, he joined the Navy and served for seven years.

After the Navy, Boone and his family settled in Chicago. He found work as an electrician for the giant Nabisco bakery.

His last day working at Nabisco was May 27, 2016. At age 50-plus, Boone was unemployed for the first time in a long time. It was also the day he and his wife closed on a new home in Manteno.

Boone was not ready to accept part-time employment, or transition into retirement. He wanted to get back to working full-time as quickly as possible.

“There are a million reasons why working is good for you – psychologically, socially, philosophically,” he said.

Boone found the Workforce Innovation and Opportunity Act Program, which is administered locally by the Grundy Kankakee Workforce Board and Kankakee Community College. Because his company closed or moved from the region, he was eligible for career training and other college-related expenses up to $12,000. 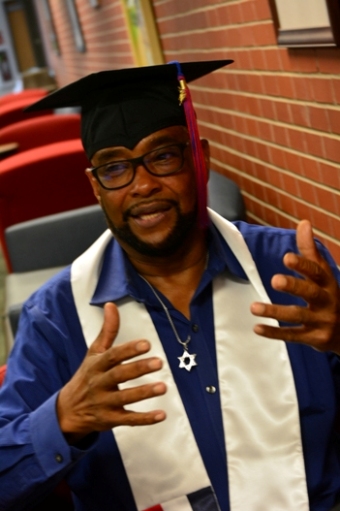 Boone started taking classes at KCC in August 2016. Unemployment benefits and the separation funds from Mondelēz supported his family while he returned to school.

Boone chose to build on his existing skills and study electrical technology at KCC. He also expanded his employability by taking Renewable Energy courses.

“I will always remember two thing about Tim Boone,” said Patrick Klette, coordinator of KCC’s Electrical Technology programs. “One, his upbeat attitude. You could always count Tim for a smile, a good joke and a great laugh. The only thing better than his attitude is his work ethic. Tim always worked hard. He was always early, stayed late if needed and always got his work done. Tim is the type of student that KCC’s Electrical Technology program thrives on.” 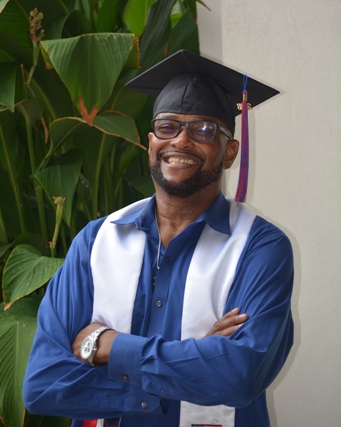 “Boone did not take his occupational goals lightly,” Washington said. “He shouldered the maximum amount of coursework, which is characteristic of outstanding academic achievement.”

“The role of technology has taken quantum leaps—even in the last five years,” Boone said. He was pleased that KCC’s programs were in line with industry. Returning to the classroom was “like sharpening my pencil,” Boone said. He kept up with the other students, both academically and by being active in clubs. He was president of the Renewable Energy Club and a big part of the Veterans Club.

In May 2018, Boone graduated from KCC with an associate’s degree in electrical technology, plus certificates in small wind technology and pneumatic and hydraulic power.

Even before graduating, Boone secured a full-time position at IKO in Kankakee, as an electrical maintenance mechanic. He started the job in April.

“They’re an excellent employer,” he said. For IKO, Boone is working with technology like internet cables and programmable logic controllers. He’s also part of a project to replace inefficient lighting with LED bulbs. “There are more than 800 fixtures,” Boone said, it’s a “total footprint reduction.”

“After almost 16 years on the same job and at my age, I was really nervous when the plant announced they were closing, but the Trade Program helped me regain my confidence and find a new career path,” Boone said. “I am very happy with the path I chose and thankful for the support of the Trade Program.”

After all, Boone says “I never really ate Oreos.” He is more a fan of another Nabisco product: the Nutter Butter Sandwich cookie.

The Workforce Innovation & Opportunity Act, which provided Boone’s assistance, is open to people who lost their jobs through plant closings or layoffs, low-income individuals and youth ages 16 to 24. More information is at www.kcc.edu/wioa, wiaoffice@kcc.edu and 815-802-8963.

KCC provides support at two local offices. The Bradley site is in the KCC North Extension Center, 450 N. Kinzie Ave.; and the Pontiac site is at 211 E. Madison St.