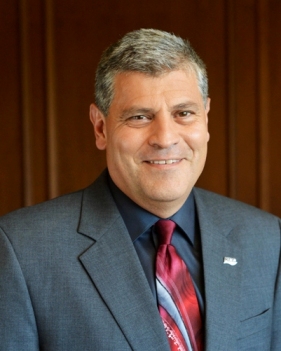 “It has truly been a privilege serving this college and representing KCC in the community,” said Avendano. “I am most proud of the state-wide and national recognition given to our faculty, staff and programs. I am also proud of the significant role KCC has played in providing the workforce for our community.”

During the state budget impasse, Avendano fought for Monetary Assistance Program (MAP) funding for students, appropriations for community colleges, and represented KCC and Illinois Community Colleges to legislators in Springfield.

On campus, outcomes from the college’s strategic plans included creating paths to employment with new programs like Millwright and Manufacturing Technology and establishing an apprenticeship program with companies, including CSL Behring. The college also redesigned foundational coursework and strengthened collaborations with area school districts, business and industry with college credit and corporate training initiatives.

KCC expanded its access for the community under Avendano’s guidance. The college established the Miner South Extension Center in Watseka (2013), and the Manufacturing and Industrial Technology Center in Kankakee (2014). KCC’s North Extension Center in Bradley, which opened in 2014, became Kankakee County’s first LEED Gold Certified building. Now under construction, the Advanced Technology Education Center on the Riverfront Campus is also designed to meet LEED Gold standards. It opens later this year. KCC consistently earned recognition for its sustainability program, and this year was named No. 2 in North America for Sustainability performance by the Association for the Advancement of Sustainability in Higher Education.

Avendano serves on boards for state and community organizations, including the Illinois Community College Council of Presidents, the Grundy Livingston Kankakee Workforce Board, Riverside Medical Center Board of Directors, and Economic Alliance of Kankakee County where he served as chairman of the board for the past two years.

A former community college baseball player and coach, Avendano is proud of the KCC Cavaliers accomplishments on the regional and national levels. The Cavaliers baseball and softball teams both won national titles in 2017 and 2015 respectively, and in the past nine years, KCC’s athletic teams have won 22 regional titles and recognized 30 All-Americans and 44 Academic All-Americans.

“KCC accomplished more in 10 years with Dr. Avendano’s leadership than in other 10 year period in the college’s history,” said Jerry Hoekstra, chairman of the KCC board of trustees. “He is tremendously committed to our community, and his absence will leave a void in the many organizations he helped lead.”