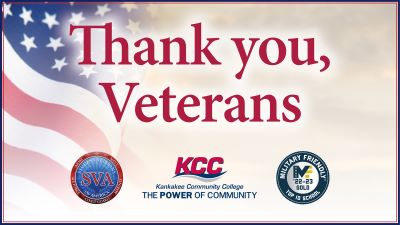 On Thursday, Nov. 10, Kankakee Community College will commemorate Veterans Day with a reception and recognition ceremony.

The day will begin with a reception from 11:30 a.m. - 1 p.m. in the KCC Cavalier Room. A ceremony honoring veterans will be at 1 p.m. in the college’s auditorium. Both events are free 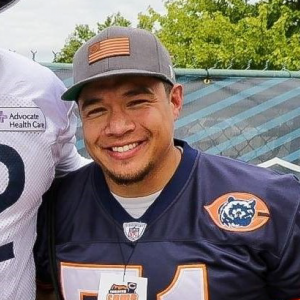 and the public is invited.

At the recognition ceremony, posting of the colors will be from the Marine Corps League Detachment 1253.

Guest speakers will be Eric Peterson (at left), CEO and Founder of Project Headspace and Timing, and fellow veterans of the organization, Brad Stosiek, Kristen Rubio and Michael Totten.

Rubio served in the U.S. Marine Corps in both Iraq and Afghanistan on multiple tours from 2005-12. She is a small business owner and a mother of four children. She will share her mission to inspire veterans to seek mental health and overcome daily inner battles.

Stosiek served in the U.S. Marine Corps from 2011-16 in Okinawa, Japan. He will share how Project Headspace and Timing has helped him overcome extreme personal obstacles to achieve his goal of starting the “I’m Fine Podcast.”

Totten served in the U.S. Army during the Iraq War, where he was deployed on two occasions. He aspires to help fellow veterans by advocating for veterans to seek help, by connecting veterans to valuable resources, and by reducing mental health stigmas.

Benjamin Garcia, a part-time KCC police officer and a member of the KCC Veterans Association, will also speak about the Mark Rodriguez Memorial Scholarship.